This is so unique and very important for people to pay attention to, especially if they have unaltered pets. There is a way to prevent massive numbers of animals (over 3,000,000) from being put down each year. That way is to prevent them from ever even being born by having your pet fixed. This is a cute video and song about it.  I copied the whole thing. 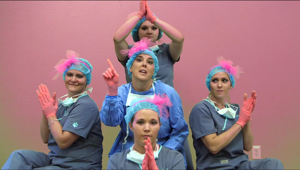 All About That Spay

Dr. Renee Brockett from Nolan River Animal Hospital sings with her veterinary technicians in “All About that Spay,” a parody promoting spaying and neutering pets. 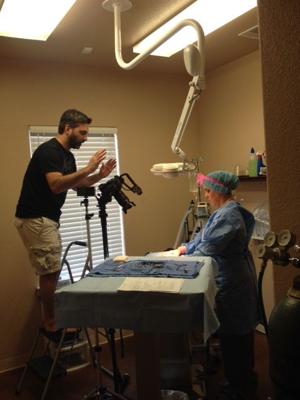 All About That Spay

Dr. Renee Brockett from Nolan River Animal Hospital sings with her veterinary technicians in “All About that Spay,” a parody promoting spaying and neutering pets.

A Cleburne veterinarian is bringing awareness to pet overpopulation in a YouTube video she released last week.

The song, “All About That Spay,” parodies Meghan Trainor’s “All About That Bass,” and features Dr. Renee Brockett and her veterinary technicians from Nolan River Animal Hospital, singing and dancing as they warn about the consequences of not spaying or neutering your pets.

Brockett said the idea for the parody just popped into her head one day.

“‘All About That Bass’ was very popular; my kids were always singing it and it just gets stuck in your head,” Brockett said. “One time instead of ‘all about that bass,’ ‘all about that spay’ just popped into my head. I started putting pen to paper and within a week I had a pretty good version of the song written out.”

Brockett said her husband, Josh, helped with some of the wording.

“We had to get the right number of syllables and the rhyming down and that took a couple of weeks,” she said. “We were thinking about how we could do this and some people told us to keep it simple, but we went in the exact opposite direction. We wanted it to be done very professionally.”

“We called Dick Gimble who has a recording studio at McLennan Community College down in Waco,” he said. “He played the bass in the video and brought in the other musicians. It was all a production around Renee’s voice; it was really her singing in the video.”