Bittersweet Memories: How We Keep Our Pets in Our Hearts Forever 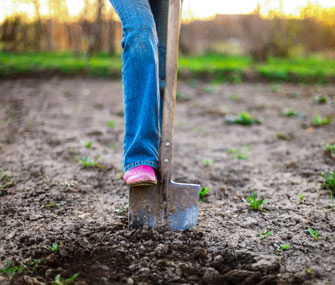 Do you have a certain object in your home that instantly brings back memories of a beloved dog or cat? A yoga mat bearing the imprint of puppy teeth that makes you smile every time you use it? A chewed-on baseboard that you tell the floor installer not to replace? A patch of sunlight on the floor, now empty?

I do. It’s a shovel. Whenever I use one or even see one, it reminds me of Luke, our family’s Black Lab, who was my boon companion while I was a young boy, a teenager and a college student during my frequent visits home to southern Idaho.

Luke was my shadow. Everywhere I went, he went. He would chase the motorcycle as I rode out to check the irrigation or crops. He’d follow the tractor up and back, up and back, until he got tired — then he would lie down and follow me with his head until he was rested and ready to begin the chase again.

To the chicken house, hog pen, haystacks, dairy barn and beyond, Luke and I were a team. I’d yell “Load up!” and Luke would jump clear over the tailgate into the back of the pickup. When we got to where we were going, he’d follow me around as I walked with a shovel over my shoulder to set plastic dams, cut corrugates, move sprinkler pipe and check on the cattle.

Luke never left my side. Often, when I was down in a ditch, Luke would be standing on the bank, eye to eye with me, and I’d tell him what a good boy he was and how much I loved him. His tail would wag so hard that it would lift alternate back legs off the ground.

As Luke grew older, his time following the tractor before napping shortened. He could no longer jump over the pickup tailgate but needed to have it lowered. Later still, I lifted him in and out. But Luke never stopped following me as I walked around the family farm with a shovel over my shoulder.

To this day, I think of Luke every time I see a shovel. It can be one I’m using in the garden or at the horse barn or one I see in a store or a photo.

Remembering a beloved dog or cat is painful at first. It brings tears and that tight, choked-up feeling. We feel like the ache of loss will never disappear.

Grief takes all of us down different roads, and we memorialize our pets in different ways. We may light candles for them, bury them on our property or at a pet cemetery or save their ashes in a special box. Eventually, months or even years later, we can speak of them with a smile or laugh at remembered antics, but there will always be a little tear or a misty eye.

The memories of past pets haunt us — in a good way. They are a reminder that our hearts can never be too full. They are home to all those we have loved throughout our lives, even years ago. The heart’s memory is a chamber where we can visit old friends and relive the good times — and store new memories of our current pets.

I will never forget Luke. And one day, when I’m gone, I want my daughter, son and grandchild to know that the last shovel of dirt that lands on my grave honors my loyal Lab, Luke.

I will put this notice on my post from now on, every time that I copy a post from Facebook, so all of my readers will know that this is not my work, but that of someone else. This, like so many of my posts have, came from Facebook.  I hope you like the stand that Ben Stein has taken on the politically correctness or incorrectness of the two words Merry Christmas.

Apparently the White House referred to Christmas Trees as Holiday Trees for the first time this year, which prompted CBS presenter, Ben Stein, to present this piece which I would like to share with you.

The following was written by Ben Stein and recited by him on CBS Sunday Morning Commentary.

It doesn’t bother me a bit when people say, ‘Merry Christmas’ to me. I don’t think they are slighting me or getting ready to put me in a ghetto. In fact, I kind of like it. It shows that we are all brothers and sisters celebrating this happy time of year. It doesn’t bother me at all that there is a manger scene on display at a key intersection near my beach house in Malibu. If people want a nativity scene, it’s just as fine with me as is the Menorah a few hundred yards away.

Or maybe I can put it another way: where did the idea come from that we should worship celebrities and we aren’t allowed to worship God? I guess that’s a sign that I’m getting old, too. But there are a lot of us who are wondering where these celebrities came from and where the America we knew went to.

In light of the many jokes we send to one another for a laugh, this is a little different: This is not intended to be a joke; it’s not funny, it’s intended to get you thinking.

Billy Graham’s daughter was interviewed on the Early Show and Jane Clayson asked her ‘How could God let something like this happen?’ (regarding Hurricane Katrina). Anne Graham gave an extremely profound and insightful response. She said, ‘I believe God is deeply saddened by this, just as we are, but for years we’ve been telling God to get out of our schools, to get out of our government and to get out of our lives.And being the gentleman He is, I believe He has calmly backed out. How can we expect God to give us His blessing and His protection if we demand He leave us alone?’

In light of recent events… terrorist attacks, school shootings, etc. I think it started when Madeleine Murray O’Hare (she was murdered, her body found a few years ago) complained she didn’t want prayer in our schools, and we said OK. Then someone said you better not read the Bible in school. The Bible says thou shalt not kill; thou shalt not steal, and love your neighbor as yourself. And we said OK.

Then Dr. Benjamin Spock said we shouldn’t spank our children when they misbehave, because their little personalities would be warped and we might damage their self-esteem (Dr. Spock’s son committed suicide). We said an expert should know what he’s talking about. And we said okay.

Now we’re asking ourselves why our children have no conscience, why they don’t know right from wrong, and why it doesn’t bother them to kill strangers, their classmates, and themselves.

Probably, if we think about it long and hard enough, we can figure it out. I think it has a great deal to do with ‘WE REAP WHAT WE SOW.’

Funny how simple it is for people to trash God and then wonder why the world’s going to hell.
Funny how we believe what the newspapers say, but question what the Bible says.

Funny how you can send ‘jokes’ through e-mail and they spread like wildfire, but when you start sending messages regarding the Lord, people think twice about sharing.

Funny how lewd, crude, vulgar and obscene articles pass freely through cyberspace, but public discussion of God is suppressed in the school and workplace.

Are you laughing yet?

Funny how when you forward this message, you will not send it to many on your address list because you’re not sure what they believe, or what they will think of you for sending it.

Funny how we can be more worried about what other people think of us than what God thinks of us.

Pass it on if you think it has merit.

If not, then just discard it…. no one will know you did. But, if you discard this thought process, don’t sit back and complain about what a bad shape the world is in.

My Best Regards, Honestly and respectfully,

My reply to the preceding was the following:

I have felt like this ever since the Madeleine Murray O’Hare ruling was passed to take prayer out of school. But what could I do? I was only a child then. One of the innocent victims of the horrid crime against God. We all know the resulting snowball effect and the now approaching avalanche of things related to God and religion that are being taken away from us Christians. I just wish there was some way to stop it. My prayer right now is that this post by Ben Stein will go viral and then maybe things will start reversing and the OLD AMERICA that I knew as a child before the Madeleine Murray O’Hare ruling will come back. It will take a miracle, but God deals in miracles for those that believe in Him everyday. Thank you Ben Stein for taking this stand even though you are of the Jewish faith. You are a great man for doing it. I’m not only praying for a miracle, I am trusting God to deliver one in His own perfect time.