I will put this notice on my post from now on, every time that I copy a post from Facebook, so all of my readers will know that this is not my work, but that of someone else. This, like so many of my posts have, came from Facebook. The article was from Little Budha.com. I hope you like the pictures. 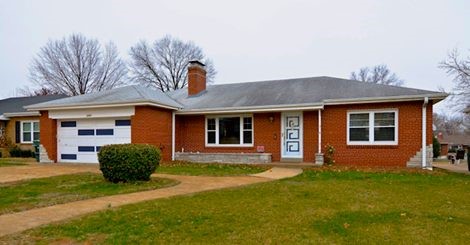 By Cassandra Lewis
Lillian of County Cork, Ireland has just revealed a shocking secret about her humble suburban home.
Though it may look ordinary from the outside, it’s anything but once you step inside!
Everyone has a private obsession. For most, it’s usually something simple, like a shelf of Special Moments figurines. For others, it’s a bit quirkier, like a collection of 46 bridal bouquets.
But for Lillian, a wife and mother of two, it’s Coca-Cola.
For over 30 years, Lillian has been collecting Coke memorabilia.
Now, her home serves as a live-in shrine to the yummy soda. What started as a tiny collection of old Coke cans has now blossomed into a household theme!
Drenched from wall-to-wall in red and white, and peppered with the world-famous famous logo, this home is nothing short of a personal Coke museum.
But for many, Coke is more than just a carbonated drink; it’s a nostalgic American icon that brings up warm memories of days gone by.
After you scroll through Lillian’s amazing collection, paired with some interesting Coke facts, be sure to watch the video at the end! It’s a little slice of the past that you won’t want to miss!
Coca-Cola, the most widely distributed product in the world, was invented in 1886 by a pharmacist named John Stith Pemberton. 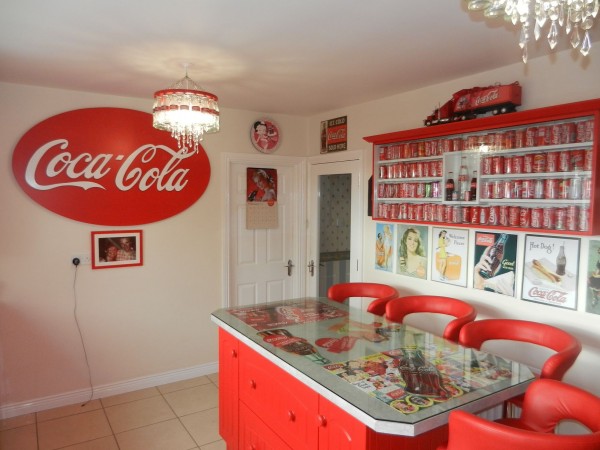 Neil Prendeville Show Red
Pemberton, a veteran who was badly wounded in the Civil War, invented this “French Wine Coca” as a substitute for morphine, to which he’d become addicted. 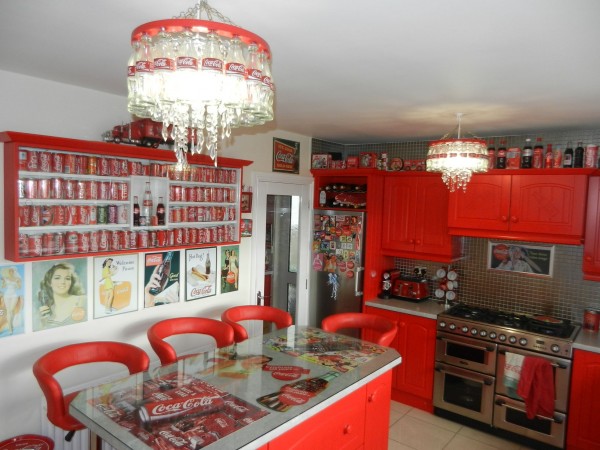 Neil Prendeville Show Red FM
Later renamed for its two core ingredients — extracts of the coca leaf and the kola nut — Coca-Cola was soon patented and sold as a “nerve tonic.” 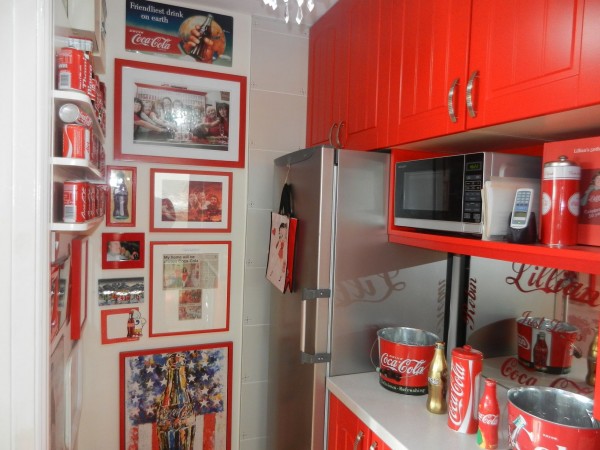 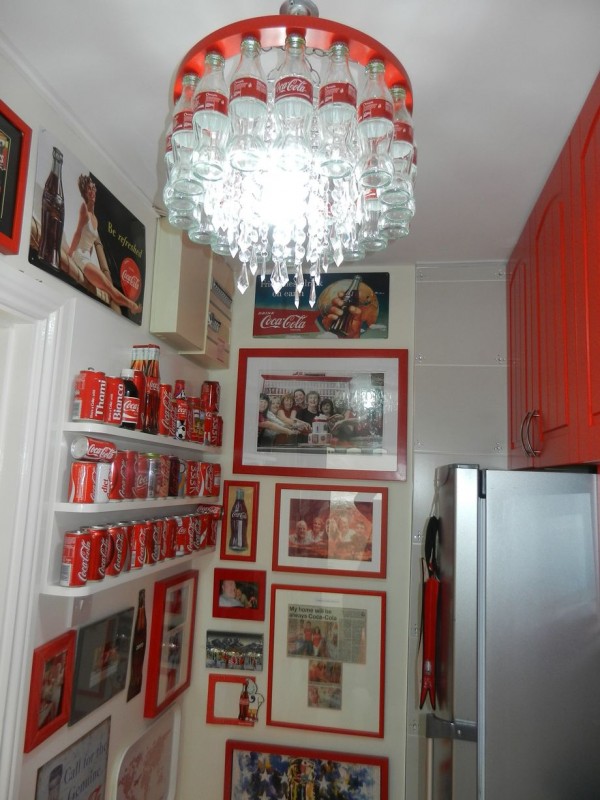 Neil Prendeville Show Red FM
Neurasthenia, or “tired nerves,” was a prevalent disorder of the 1800s caused by “the hurry, bustle, and incessant drive of the American temperament.” Coca-Cola was a fashionable remedy for this ailment. 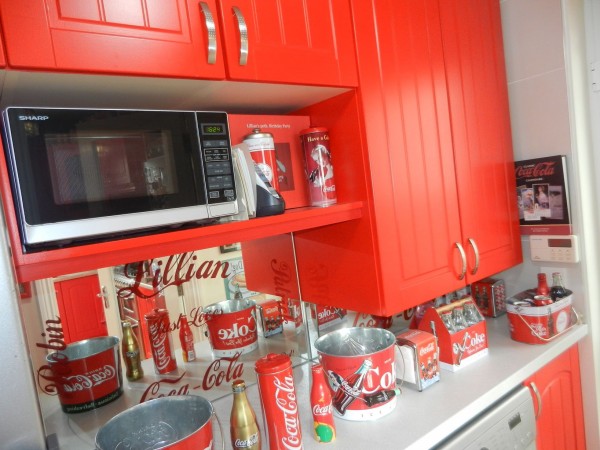 Neil Prendeville Show Red FM
Many people think Coke was popular because of its controversial ingredient — cocaine. However, the soft drink contained such small traces of the intoxicating substance, even a teeny-tiny ant couldn’t have gotten such a buzz from one. 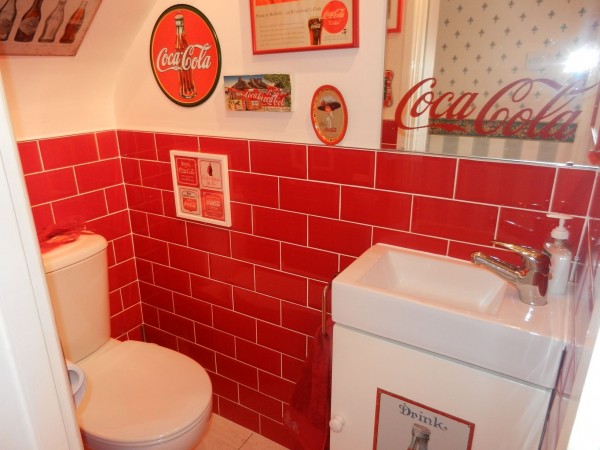 Neil Prendeville Show Red FM
Cocaine was actually a very common ingredient during the late 1800s, found in tablets, wine, liqueurs, hypodermic injections, and coca-leaf cigarettes. It wasn’t until 1929 that all traces of cocaine were removed from Coca-Cola’s famous recipe. 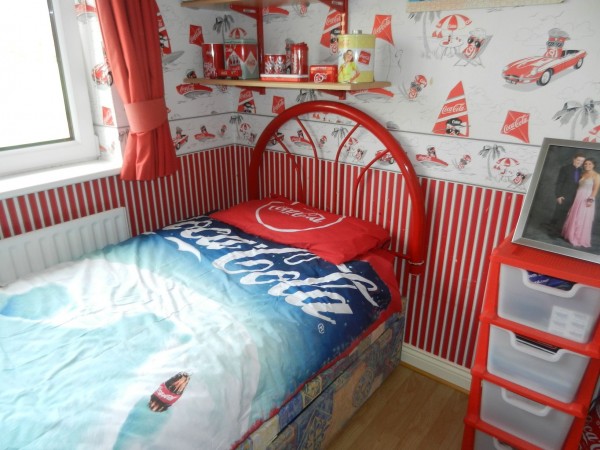 Neil Prendeville Show Red FM
During World War I, the Coca-Cola company took a huge hit due to sugar rationing — but when World War II began, Coke positioned itself as a “soldier’s drink.” 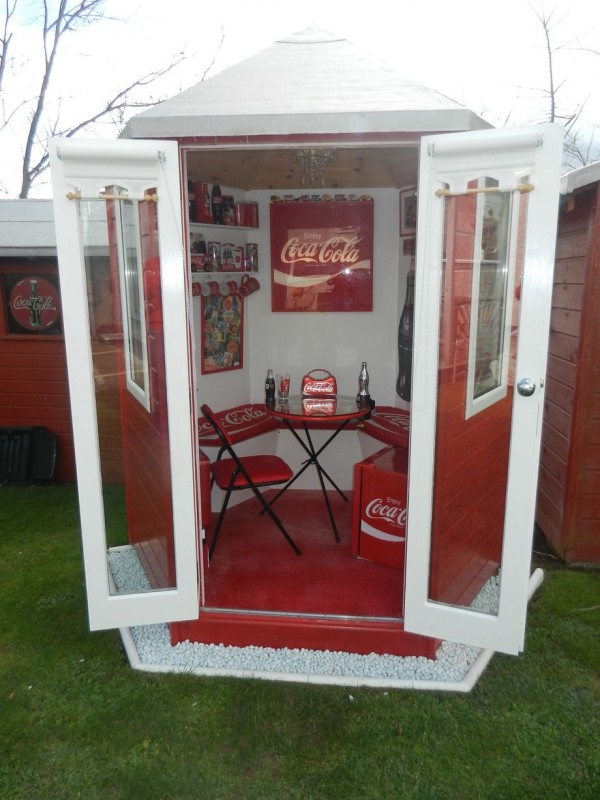 Neil Prendeville Show Red
FMDuring wartime, soldiers depended heavily on Coca-Cola as a pick-me-up. One military surgeon said, “I cannot conceive of a greater calamity worse than a loss of the base supply of Coca-Cola.” 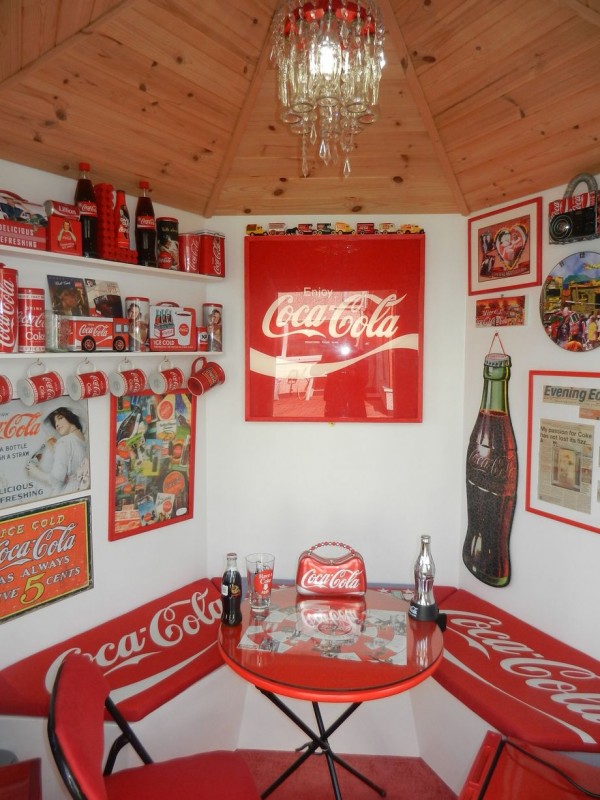 Neil Prendeville Show Red
FMDuring the 1930s, the soda forever engrained itself in American culture when Santa Claus — decked in red and white — made his first appearance in a Coca-Cola ad. Now, almost 130 years after its invention, this delicious soda still dominates the world’s soft drink market! 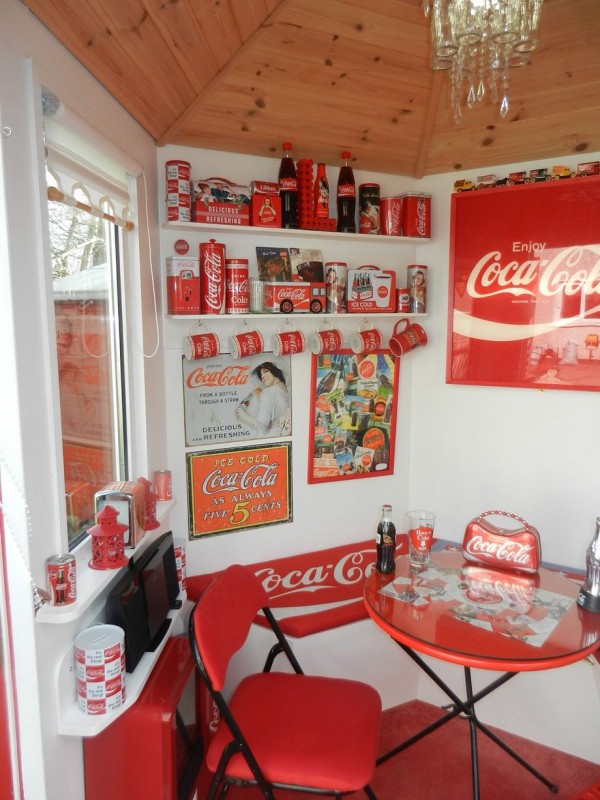