The project started when Austin’s high school asked to do a research project on anything they were passionate about. Austin decided to look into building a tiny house, a trend he had seen growing. After investigating, Austin, who was then a high school sophomore, was inspired to construct his own.

His parents and grandfather knew he was serious when he came home with a trailer to start building on. The trailer, which he bought used, cost $2000. Austin used the money that he made working at two summer jobs, one at a camp and the other at a park snack bar. Soon, Austin had built a frame and a roof for his home. 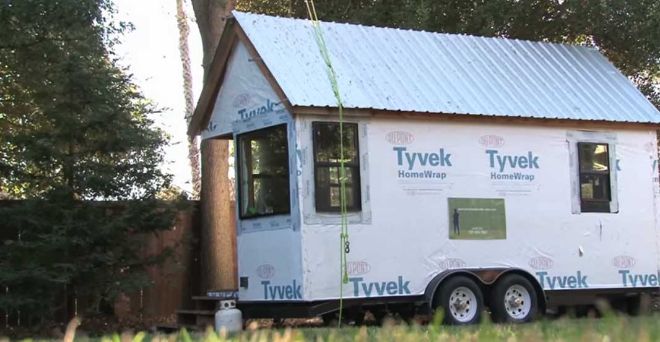 Austin then began to work more on the inside of the house. 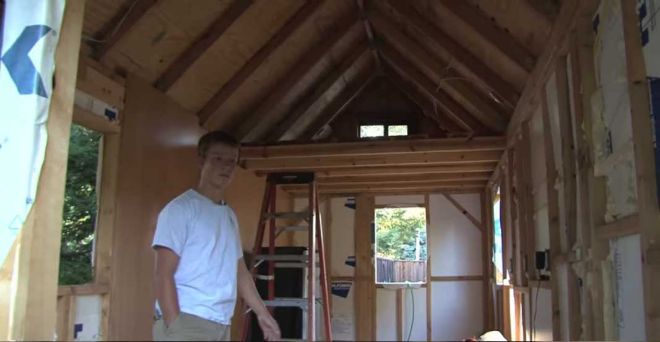 Kirsten Dirksen
He built a loft for his bed, which would allow more space for everything else in the house. 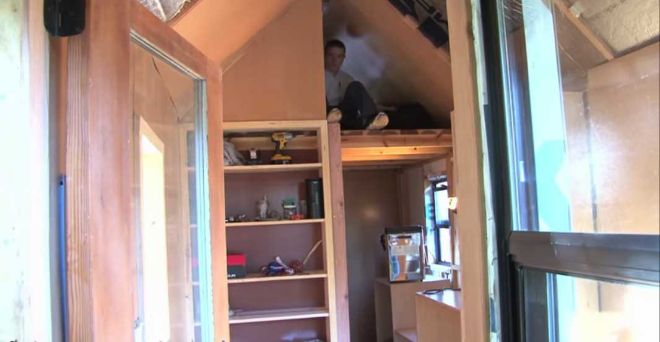 Kirsten Dirksen
Then he built his own closet, with enough storage space for his shirts, hats, shorts, and other things. 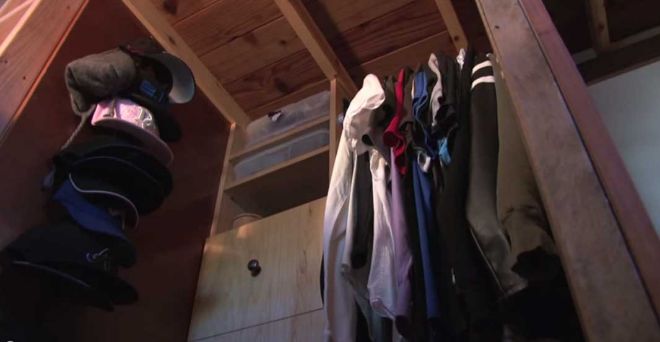 Kirsten Dirksen
He found many of the parts he needed for the home by going to junk yards and scavenging. These parts include the doors, windows, flooring, and even the kitchen sink. 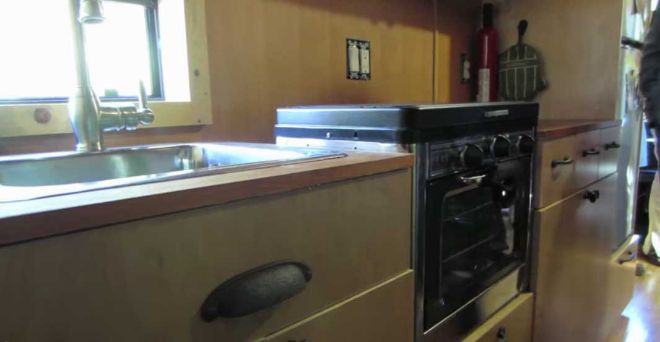 Kirsten Dirksen
The stove/oven was a gift, however, from “Santa” for Christmas. It was exactly the one that Austin wanted.  He’s cooked eggs on it and even baked cookies in it. 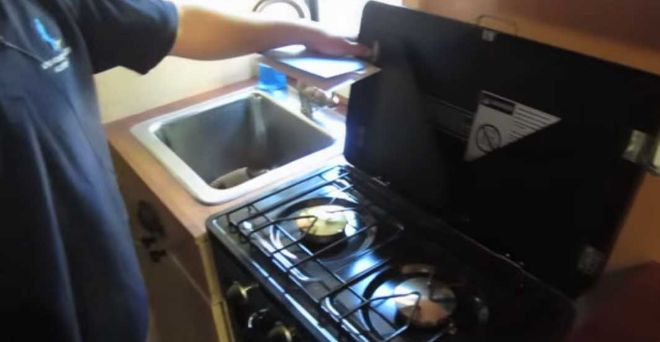 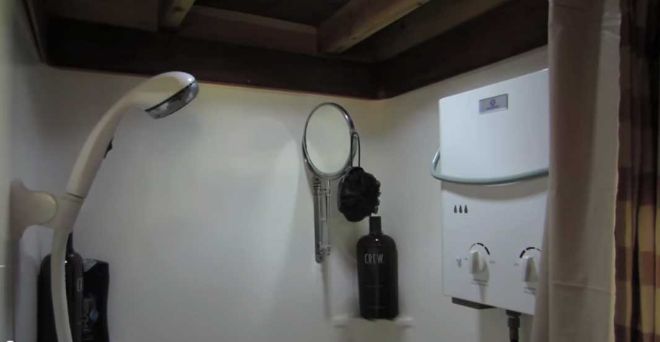 Kirsten Dirksen
…and a composting toilet. 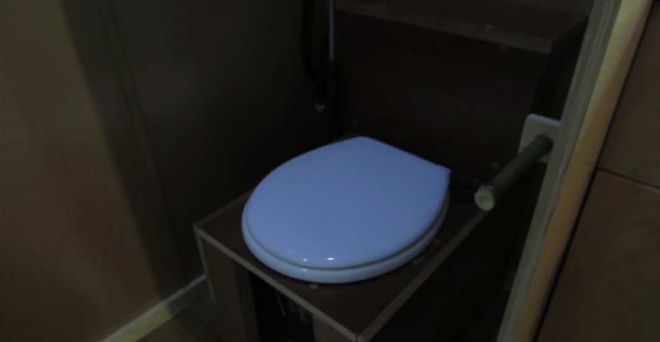 Kirsten Dirksen
For the living area, Austin built the couch himself. It is wood with a foam pad on top. This couch can even be turned into an extra bed for guests! 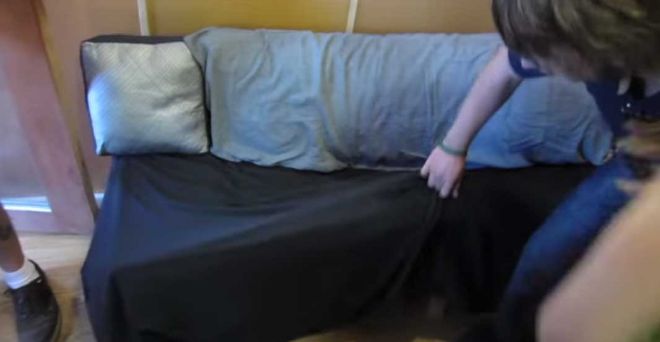 Kirsten Dirksen
Austin finished building his home in his senior year of high school. To celebrate, he had an open house to show off his fantastic place to friends and family as well as help others interested in tiny homes learn how to make their own. 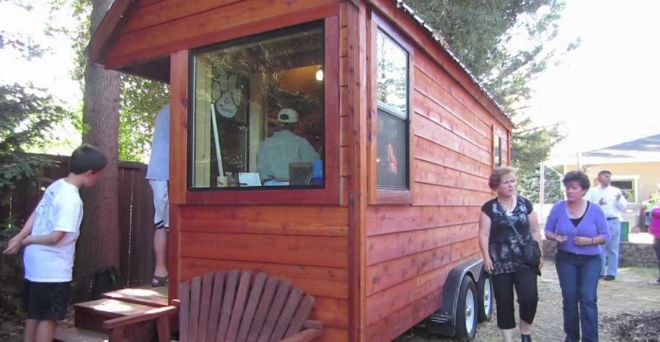 Kirsten Dirksen
In total, Austin’s tiny home took several years to complete and cost about $12,000, part of which he raised through donations. Austin is very happy with the result. The home is parked in his parents’ backyard, but Austin put it on wheels for a reason. He would like to bring it to whereever he ends up attending college. Even further in the future, he plans to continue living in it after he graduates.
Watch the video for the full story and to see more of this awesome tiny home. You’ll also see the reactions from his family and friends, including a very touching interview with his proud grandfather.