I will put this notice on my post from now on, every time that I copy a post from Facebook, so all of my readers will know that this is not my work, but that of someone else. This, like so many of my posts have, came from Facebook. This article is from Live Action News. The reporter is KRISTI BURTON BROWN. The URL is   http://liveactionnews.org/horrifying-ethicist-says-abortion-after-birth-is-moral/ 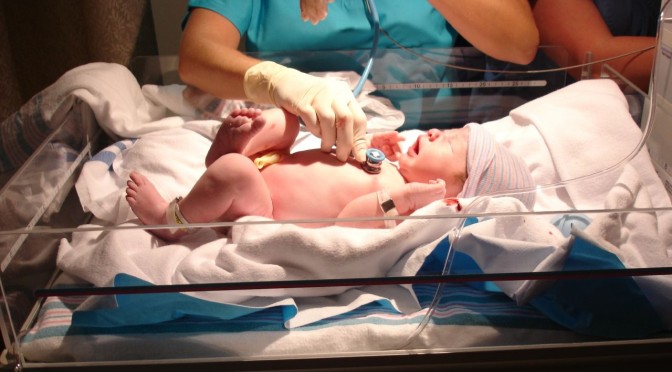 In an article for the Journal of Thoracic and Cardiovascular Surgery, a well-known Canadian bioethicist, Udo Schuklenk, argues that aborting a child after birth is moral.

And in a horrifying pro-choice statement, Schuklenk writes:

The parents should be able to freely decide on what would amount to postnatal abortion.

The condition that Schuklenk was originally asked about was a severe case of heterotaxy syndrome. According to the National Post:

The treatment options included: at least three complex surgeries before age five, and possibly more, which at the very best would allow life until teenage years; non-surgical treatment for heart failure permitting survival at most into early childhood; comfort care that would most likely lead to death within a year; and euthanasia.

Schuklenk argued for euthanasia or after-birth abortion. He deemed it morally right to take any chance at life from this child who would have had the opportunity to live for years.

People can argue about whether three surgeries in five years is “overwhelming pain and suffering.” People can debate whether five to seven years is a “long enough” life. But we ought never, ever to allow people’s lives to be taken from them without their choice, simply because we in our all-knowing wisdom decide that their lives are not worth living.

I know from hospital experiences with my daughter that watching your child suffer is one of the worst – probably the worst – feelings in life. No parent would want to choose to go through that. No parent would desire to subject her child to surgery after surgery or a life on constant medication.

However, should a parent, instead, choose certain death for her child? When we are given the gift of a child who is disabled or who has a defect or a chronic illness, we have to put aside our own desires – and even our innate wishes that our child never suffer – and face what is before us. Yes, it will involve suffering and pain. Life is, unfortunately, plenty full of that.

We may think that choosing death will erase pain and suffering. But then, we are faced with the lifelong realization that we forced the early death of our child. An after-birth abortion or euthanization of a baby is murder, plain and simple. We would be horrified to consider suffocating, poisoning, or otherwise murdering our young children because they were in pain. And yet, too many think it might be moral if a doctor does it. Nothing could be more wrong.

We know it would not be okay to kill a five-year-old if he was suddenly faced with a series of surgeries. We know we would not purposely choose the death of a twelve-year-old if her life prognosis was shortened to a single year. So why do we consider that it might be all right to force the early deaths of our babies who have only begun to live?

Terminal sedation involves actively starving and dehydrating an infant until death occurs. Meanwhile, the infant is given medication and sedated.

Since when is it “moral” to starve a child to death as long as he takes medicine that supposedly allows him to sleep through it?

We need to wake up, worldwide, and realize that it is never okay to purposely choose to force death on another human being because wedecide that his suffering is too great or that his life cannot be long enough.

Forced death is not a moral answer to suffering or pain. When we let each parent, each person, arbitrarily decide how much pain is too much, how many years are enough, and what defect is too great – we unintentionally become the creators of our own Master Race.

[P]rofessor Gilbert Meilanender of Indiana’s Valparaiso University said patients should not be subjected to aggressive treatment if it is futile, but they should also not be intentionally killed, either. …

“If we simply sweep such children off our doorstep every morning with euthanasia, medicine will never learn better ways to help them and others like them.”