The dog had been her Hero of sorts, but other dogs attacked her dog and have ruined the dog’s ability to be an effective guide dog for her. I know this isn’t a poem, but please read the story and answer it if you are willing and able to be the dog’s new owner and new home. 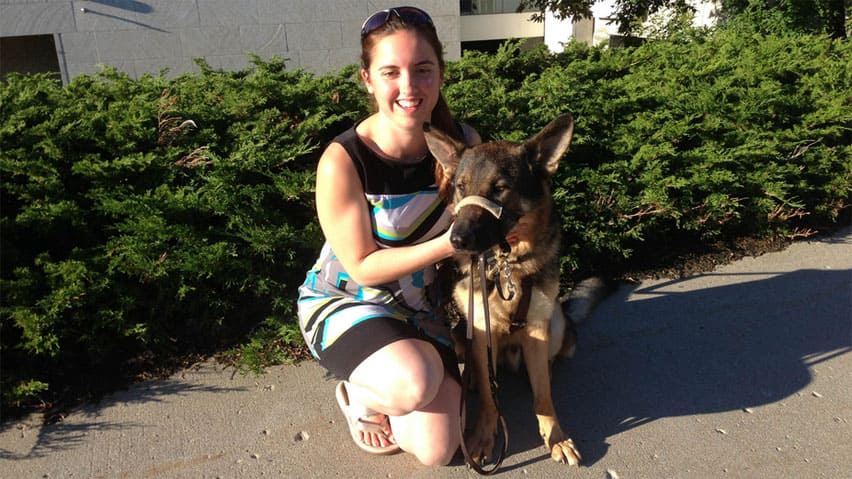 A visually-impaired woman says she’s heart-broken, but will have to find a new home for a “best friend” — her guide dog Dexter.

Regina’s Jacqueline Rennebohm has a form of macular degeneration and can’t see further than two metres.

She needs Dexter, a German Shepherd, to help her get around at work and around the city.

However, the specially trained pooch has been through a rough patch, she says.

While on the job, several dogs jumped on him, and now he’s distracted and is having trouble keeping his focus.

That’s creating a potentially hazardous situation for Rennebohm as she navigates the streets.

Rennebohm described Dexter as a calm, highly social dog who loves being around people.

The ideal setting for him would be with a loving family who could give him lots of exercise and allow him to stay indoors.

She said people can email her at jrennebohm@gmail.com explaining why their home would be right for the dog. She would also like to visit Dexter from time to time, she said.

Meanwhile, Rennebohm has started the process of looking for a new guide dog.

“It feels horrible, filling out an application form in Dexter’s presence,” she said.

She said she’d like to keep Dexter as a pet, but it would be confusing and unworkable with another guide dog in the house.