I will put this notice on my post from now on, every time that I copy a post from Facebook, so all of my readers will know that this is not my work, but that of someone else. This, like so many of my posts have, came from Facebook. This posts and pictures are both from  http://www.easybreathe.com

Study Shows That Sleep Apnea May Increase Risk for Dementia

Some people suffer from temporary brain fogginess and chalk it up to a passing annoyance. It happens to everyone, right? – But imagine if you went into a brain fog and never came out again? Dementia affects the brain in myriad ways and it can slowly get worse with age, which means it one of the most debilitating and life altering diseases. Dementia affects the brain’s ability to process information, to recall memories and even to complete basic motor functions. Now a new study shows that disordered breathing – obstructive sleep apnea – may actually increase your risk of suffering from dementia.

In the medical field, the process of memory and cognition is still a bit of a mystery. You can’t necessarily see – with the naked eye – the part of the brain that gives us the ability to remember and process information. In recent years, however, researchers and doctors have been able to use magnetic resonance imaging to see this part of the brain – it literally lights up when it’s active. Using these tools has also allowed researchers to measure the negative affect of sleep apnea and its ability to cut off oxygen flow to the brain, which can have deleterious consequences.

Just recently, a study was released that got a closer look at the sleepless brain. Researchers at the Honolulu-Asia Aging Study followed around 167 Japanese-American men – with a mean age of 84 – until they died. The scientists had the men undergo polysomnographic sleep tests to test for obstructive sleep apnea and measure its severity. After the men passed away, the doctors then examined the patients’ brains.

What they saw in these brains was a real live glimpse of what low oxygen can flow can to do the brain’s physiology. According to the study, the men with the lowest blood oxygen levels at night were four times more likely to have brain damage caused by mini strokes. These mini strokes are usually a precursor to dementia. Although many people aren’t even aware of these strokes – they can be very serious and damaging. Also, the studied showed that men who spend the least amount of time in REM sleep were more likely to suffer from loss of brain cells and brain atrophy.

In the end, this study should be a wake up call to all sleep apnea suffers out there who are still on the fence aboutCPAP treatment. Just because you can’t see the effect your sleep apnea is having on your brain, it doesn’t mean it isn’t happening. There could be a storm of activity going on that could one day lead to dementia. While the researchers note that more studies will have to been done – on a wider demographic of people – they are still fairly confident that sleep apnea can have extremely damaging affects on the brain. In the end, simply sticking to CPAP may be the secret to staying sharp and focused well into your golden years. 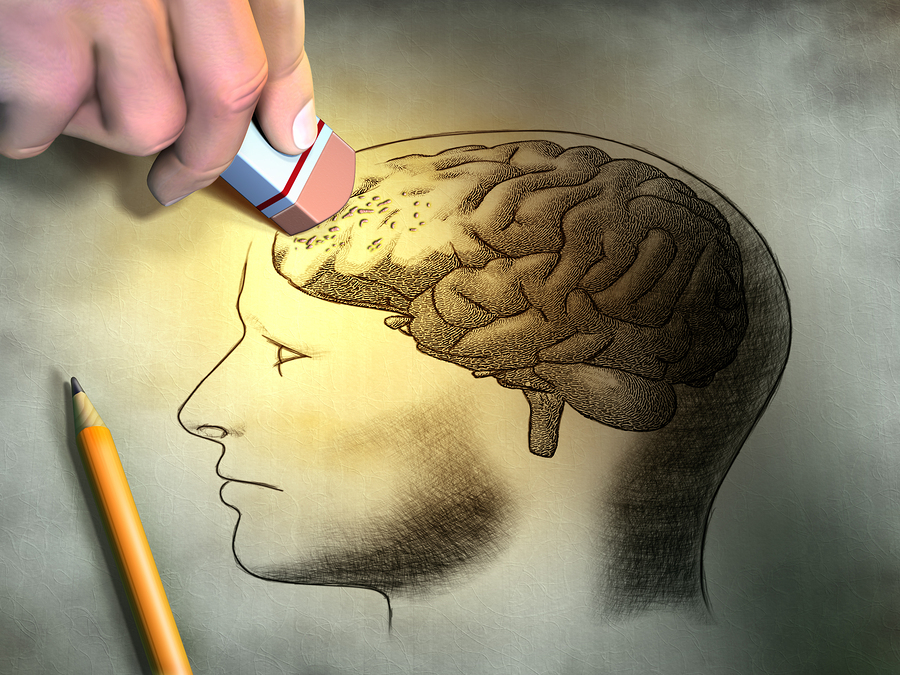 You don’t need a medical study to tell you that completely forgetting what you were going to say mid-sentence is alarming – it just is. Age seems to ravage us in ways that are less than becoming. Whether you are experiencing it yourself or whether a loved one is going through it, it isn’t a pretty disease. Right now, there are millions of people living with Alzheimer’s disease – a degenerative neurocognitive disorder that causes moderate to severe memory loss, decreased cognition and other intellectual inabilities. The worst part is that it gets worse – a lot worse – with age. Did you know that it is also the sixth leading cause of death? But maybe the worst part isn’t that it gets worse, or that it kills you – maybe the worst part is that the disease doesn’t have a cure.

After only three weeks of CPAP use patients showed “significant improvement” in cognition and increased intellectual functionality.

However, a study, which was published in the esteemed Journal of Clinical Sleep Medicine, offers hope – a lot of hope. The study shows that persistent, long term CPAP treatment resulted in “lasting improvements” in patients with Alzheimer’s disease. Alzheimer’s disease, which was named after the mustachioed, pince-nez wearing German psychiatrist and neuropathologist Alois Alzheimer, goes hand in hand with sleep apnea. It seems that between 50% and 90% of patients with Alzheimer’s have sleep apnea. Researchers and doctors don’t exactly know why Alzheimer’s and sleep apnea are so inextricably linked in some patients, but they do know that the worse the sleep apnea, the worse the Alzheimer’s – and vice versa.

This ‘what came first, the chicken or the egg?’ scenario is what led researchers to find out if treatment of obstructive sleep apnea can also treat Alzheimer’s disease. Namely, researchers wanted to find out if the treatment of sleep apnea using continuous positive airway pressure, or CPAP, could improve cognitive functioning in patients with Alzheimer’s. What the researchers from the Department of Medicine at UC San Diego found was that indeed their hunch was right. In fact, after only three weeks of CPAP use patients showed “significant improvement” in cognition and increased intellectual functionality. After six weeks, it got even better.

Researchers also found that the changes in cognition as a result of CPAP treatments were not that far off from the changes seen in patients who were put on cognition-enhancing medication. In other words, CPAP treatments can not only give you a much better night’s sleep, but they can also clear the proverbial fog in the tunnel. What does this mean for people suffering from Alzheimer’s disease? It means a possible chance to fight off the imminence of mental decline. And it also means that through the fog, there is a light at the end of the tunnel – for people with Alzheimer’s disease and sleep apnea.

On the more severe end of the spectrum, obstructive sleep apnea is found in more than 40% of people institutionalized as a result of Alzheimer’s disease. Many of these individuals can barely function without assistance – let alone remember what they ate for breakfast or even remember their own names, which is the sadder and much darker side of the disease. However, if this revolutionary study shows that CPAP treatments can improve cognitive functions, what does it mean for those more severe cases? And if in less than fifty years the prevalence of Alzheimer’s disease more than doubles, does this give us hope for our future selves?

When it comes to it, if sleep apnea and Alzheimer’s disease are more linked than we think, it’s probably worth further exploring. If sleep apnea can literally wreak havoc on a person’s cognitive abilities – even in people who aren’t diagnosed with Alzheimer’s disease – perhaps preventative measures using a CPAP machine should be customary to prevent deterioration from happening in the first place. Yet, what this amazing study does tell us is that if you do use a CPAP machine, you should keep using it, especially if you have the early signs of Alzheimer’s or dementia. While this landmark study is only preliminary, it is still a promising benchmark to investigate the relationship between a mysterious sleep disorder and an equally mysterious neurocognitive disorder. I’m sure if Alois Alzheimer were alive today, he’d definitely be stroking his impressively coiffed mustache in agreement.