When They Demanded He Take Down His Flag, He Did THIS For All American Patriots 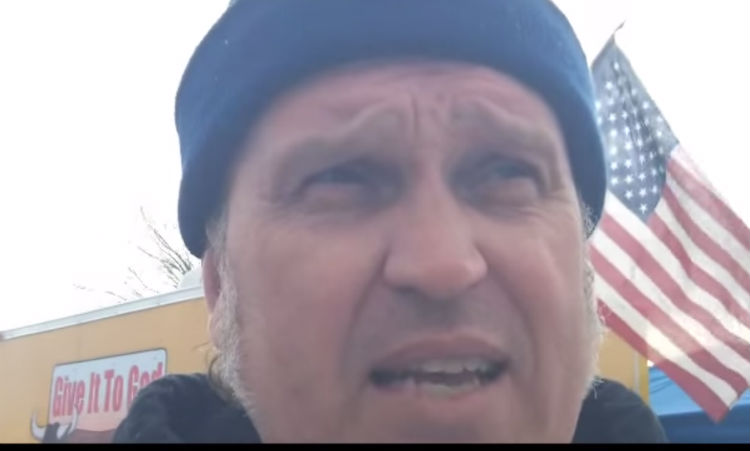 Raising an American flag in front of your house or place of business is a right that everyone should take advantage of, and typically no one has a problem with people flying the red, white and blue.

But at this Daphne, Alabama BBQ competition, one owner was told to take his flag down.. apparently because of a city ordinance. He refused, and it’s caused quite the controversy.

Jeff Petkevicius, owner of Give It To God Competition BBQ began filming during the incident, telling the camera, “I was just told, once again… having a flag blowing there is an issue. I’ve been told a couple of times to take it down. And I said, ‘For the sake of America, I’m not taking it down, I’m leaving it up.”

He threatened to leave the competition if he was not allowed to raise the flag by the Kansas City Barbecue Society , the group supporting the competition. They said that a city ordinance forbid the flags, and Petkevicius decided enough was enough.

He took to twitter, criticizing the city for their handling of the incident. The mayor of the city responded, saying that there were “no such restrictions” on raising the American flag. In addition, he said that no city officials ever instructed any event organizers to take down flags.

The city apologized to Petkevicius for his troubles, and he apologized to the city for leaving such negative comments on social media.

So in the end, a peaceful resolution but a strong showing in the defense of the rights of Americans everywhere. Don’t let anyone tell you where and when you can fly your American flag!

He Was Told To Take Down American Flag